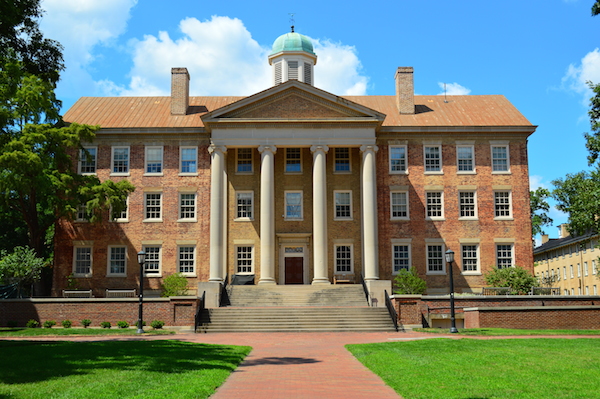 How to Get In-State Tuition

To most of us, the concept of in-state tuition is a straightforward proposition. Government subsidized public institutions offer a lower tuition price to residents of their state. Families can elect to take advantage of the in-state tuition or pay a sizable premium for an out-of-state public school. Pretty cut and dried, right? Not anymore. Savvy parents have been going to great lengths in an attempt to exploit legal loopholes that allow their children to enjoy an in-state discount at an out-of-state school. We’ll explore if there is any merit to engaging in these high-stakes hijinks. More importantly, we will also present legal and legit avenues one can pursue in the quest to obtain in-state prices. We will also provide a more general overview of how to get in-state tuition.

It’s not hard to see why some parents end up desperately seeking out in-state status at their child’s prospective schools. This frequently occurs even if they, well, don’t actually happen to be residents.

For a complete look at the in-state and out-of-state tuition and hundreds of top colleges, visit our Cost of Attendance Dataverse chart.

Every state has unique rules and the loopholes that might open the door to being awarded in-state status. The most common strategy that crafty students employ involves trying to establish residency in the state where they hope to attend college and taking some form of a “gap year.” If you are going to go this route, you’ll need to show evidence that you weren’t just playing the system (even if that is precisely what you are doing). Get a driver’s license in your state, find a job, and pay income taxes. In most cases, awarding or withholding in-state status is still completely at the school’s discretion. In general, universities do not shy away from rejecting students whose profiles raise red flags.

Establishing independence from your parents is another huge hurdle. Many states require students under a certain age to prove they have been financially independent for at least two years. Otherwise, your residency is viewed as reverting back to your parent’s home state. This is true even if you have physically resided elsewhere for a long period of time.

Some applicants believe that having a relative with an address in your prospective public institution’s state will translate into residency. This is simply not the case. If you try to claim that you have been living with your grandmother, aunt, uncle, or cousin in your desired college’s state, you still need to prove that you are doing so for reasons beyond manipulating the cost of your higher education. Ample documentation is required.

Ultimately, the burden of proof in establishing residency falls on the applicant, not on the school/state. If you don’t have a legitimate claim to residency, it is not advisable to pursue it through the above means. Yet, this doesn’t mean you don’t have valid options left to explore.

If a student comes from a military family or is the child of a recently discharged veteran, he or she may qualify for in-state tuition as an out-of-state student. The Veterans Access, Choice, and Accountability Act of 2014 allows dependents of recently discharged veterans to claim in-state tuition at public schools in all 50 states. Individuals currently serving in the military (and their dependents) do not qualify for the nationwide tuition benefit. Yet, due to other legislation, you may still qualify for lower rates. Virginia, Texas, Ohio, and dozens of other states have passed bills offering in-state tuition to out-of-state military families.

For non-military families, many states have arranged reciprocity agreements with each other. These arrangements  provide lower tuition to students residing in neighboring states. For example, member states of the Midwest Student Exchange Program allow out-of-state students to receive a tuition rate no higher than 150% of the in-state rate. The Western Undergraduate Exchange which includes the popular higher education destination points of Arizona, California, and Colorado have the same 150% cap, but require students to apply for consideration. In some instances, such pacts will allow students right on the border of one state to attend. The University of Louisville’s agreement with certain bordering Indiana counties is one such example.

Returning to the familial front, while trying to claim residence with Aunt Merle won’t hold water, having one parent residing in your school’s state can do the trick. For instance, if you live with your mom in New York but your father lives and works full-time in Wisconsin, you can submit an application to qualify for in-state tuition at the University of Wisconsin-Madison.

We believe that, in the absence of extenuating circumstances, the effort and/or money spent trying to procure out-of-state tuition through questionable means would be better spent researching other affordable public and private options and pursuing merit aid and scholarships. There are simply too many outstanding institutions across the U.S. to warrant engaging in a The Sting-style “long con.”

However, if you are part of a military family or if your state is part of one of the consortiums that offers discounts, then in-state or reduced tuition is a genuine option.