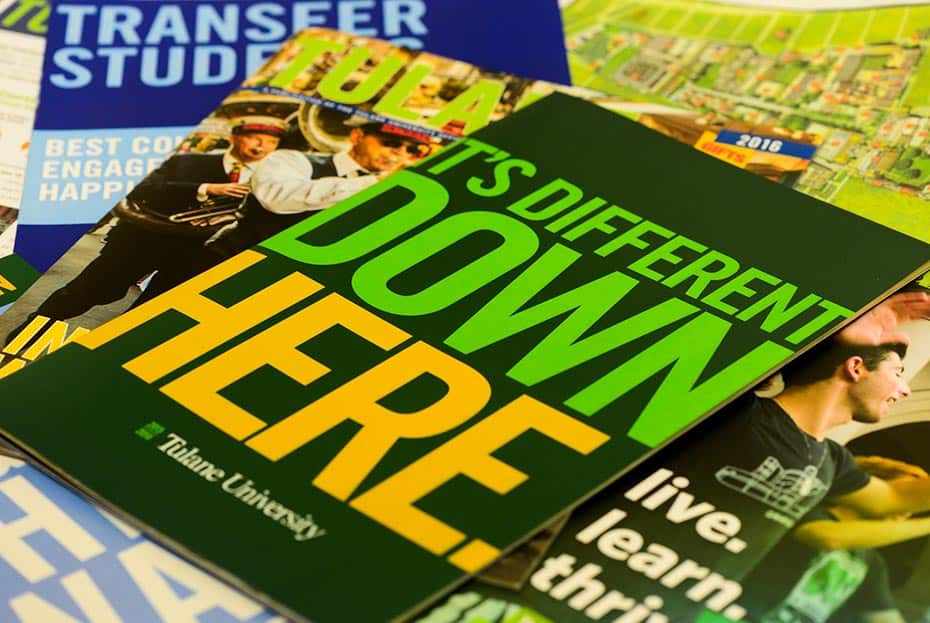 Why Do Colleges Send Me Mail?

Why do colleges send me mail? We get this question often, and we can understand why. As a teenager, there is something undeniably exciting about being the recipient of an unsolicited brochure from a prestigious university. Or, even better yet, a seemingly personalized letter from the dean of admissions practically begging you to apply. Every year, millions of high school students experience the rush of holding what they believe represents tangible proof that they are desired by the world of higher education. Unfortunately, what they are actually holding is the post-secondary equivalent of junk mail, as personalized as a Pottery Barn catalog and as meaningful as a grocery store circular informing you of a great deal on London broil.

In reality, from the moment you first take the PSAT or PreACT, you’ll be inundated with institutional correspondence. Unfortunately, this is not actually a testament to your test scores, grades, and other wonderful attributes. Instead, the mountains of glossy literature accumulating on your kitchen table can be attributed to a controversial marketing decision made 50 years ago and subsequent trends in higher education recruitment that drive the modern admissions process. In this article, we will discuss:

Let’s delve in by turning back the clock to discover why this mail craze began:

The origins of college mailings

It began in the early 1970s when the College Board and the nation’s universities realized they were primed for synergistic marketing marriage (though they probably used more decade-appropriate business buzzwords). Names and contact info of test-takers was sold to the schools so they could engage in direct marketing to their prime audience—U.S. teenagers. In the early days, victims of this practice were generally limited to the countless forest’s worth of trees slain and the worn down spines of a nation’s mail carriers. In general, the schools’ motivation was fairly innocent and straightforward—“You need a college. We’re a college. Whaddya think?”

Fast-forward 50 years and the college marketplace is a high-stakes battlefield. The institutional aims/expectations of an admissions office in 2022-23 would be wholly unrecognizable to an admissions professional of a bygone era. The mail that you receive today has a multi-pronged and layered purpose behind it and it’s important that applicants understand precisely what that purpose is.

In part, a simple equation drives this mass marketing phenomenon—more marketing leads to more applications which leads to a lower acceptance rate which leads to an increased “selectivity” ranking. The rankings systems such as U.S. News did include the ratio of students admitted to applicants as part of their algorithm, however, it only counted for a minuscule 1.25% of the total rating (selectivity, in total, represents 12.5% of the total).

In 2019, U.S News actually eliminated any inclusion of acceptance rate into their formula. In 2022, selectivity accounts for a mere 7% of the total score. It based on the test scores and class rank of enrolled students. Perhaps this will lead to slightly less post-secondary junk mail. However, the push to increase applicants is about more than just a selectivity rating in a periodical. It is also about enhancing the university’s brand in an effort to increase alumni donations, recruit top-caliber professors, and keep an institution’s bond rating and perception of financial health strong.

Now, let’s get to what this mail means to you. Spoiler alert: the answers are surprisingly terse.

Does receiving mail mean I have a better chance of getting in?

Okay, but should I at least feel a bit flattered that they chose me?

The reasons you received the mail range from 100% impersonal to “You met a certain criteria to trigger a mailing.”

Some schools purchase hundreds of thousands of names indiscriminately believing that casting a wide net will ultimately pay off. Others limit themselves to acquiring tens of thousands of names of students who have offered some indication that a particular institution may actually be a good match. If, for example, you filled out that your intended major is marine biology and you receive mailings from Eckerd College and The College of Atlantic, then you can deduce that at least these schools are reaching out to you in response to a stated interest. If, on the other hand, you are a B student with average SATs and an intended major of musical theory and you are being flooded with brochures for highly-selective business schools, you can chalk that up to indiscriminate marketing on the part of those universities.

Other, seemingly innocuous demographic information that your students fill out prior to taking a standardized test can also trigger a flood of mailings. For example, those identifying as Christian can expect an armful of marketing material from the likes of Liberty University.

It is important to note that your SAT/ACT scores and stated academic performance can influence the mail that you receive. An elite liberal arts college may only purchase student names who score a 1250 or above on the SAT. However, their average SAT for accepted students might be 1450. This makes your “selection” misleading from an admissions standpoint.

There are certain schools that have developed a reputation for forceful recruitment techniques that are directed to the homes of students who couldn’t even dream of sniffing an acceptance letter. Such institutions are attempting to drum up the greatest number of applications possible—a practice that is seen as unsavory by many critics.

The University of Chicago is one of the more notoriously aggressive marketers, a surprise to some given 1) the exceptional quality of the school; 2) its reputation for attracting young, serious-minded intellectuals; and 3) its previous reliance on what became known as “The Uncommon Application” which essentially served to discourage non-good fit applicants from even applying through a series of quirky questions.

It would be one thing to assertively recruit qualified students. It is another to intentionally solicit applications from students with no real shot for acceptance into a school. Unfortunately, in our experience working with teens, UChicago falls into the latter category. In the past, officials from the school have been pretty open about the fact that they are engaged in an arms race with Columbia University, seeking to overtake them in sheer annual applications. In part due to these marketing tactics, the University of Chicago’s acceptance rate was 5% for the Class of 2026. As recently as 2005, the school’s acceptance rate was over 40%.

To be fair, UChicago is far from the only school to employ assertive recruiting tactics. They are just one of the more glaring examples.  WashU and Tulane are also known for sending out  mailings to just about anyone with a physical address.

For more on every college-related topic you can imagine, visit our College Transitions BLOG and DATAVERSE.