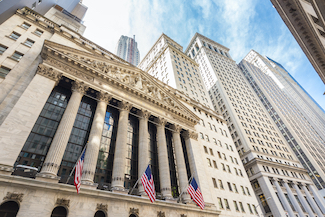 Teens aiming to one day work at a major bank or investment firm often wonder which undergraduate colleges and universities will best aid this professional quest. This is, after all, a field where the most reputable players often draw from a small pool of elite schools, and where tapping into one’s alumni network can prove critical to landing the most desired jobs. As expected, Penn, Columbia, and a few other “usual suspects” grant nearly unparalleled access to Wall Street; however, there are some surprising schools that send impressive numbers of grads to the top investment houses each year, including many smaller liberal arts schools.

To identify "top feeder" institutions into the banking sector, we relied on publicly available data from LinkedIn, a professional networking site featuring profiles of more than 175 million workers across the United States. Specifically, we identified and analyzed the undergraduate backgrounds of nearly 10,000 entry-level Investment Banking Analysts across fifteen of the most reputable banking firms, including PJT Partners, Goldman Sachs, Citi, JP Morgan, Bank of America, Morgan Stanley, Credit Suisse, Barclays, Guggenheim Partners, Evercore, Greenhill, Lazard, Moelis & Company, Centerview Partners, and Perella Weinberg. We then constructed two lists. The first list looks at the raw number of alumni employed by these select companies. The second list looks at the top 30 producers when adjusted for undergraduate enrollment, which allows us to highlight schools that may be smaller in size, but still send a significant number of graduates directly into the halls of Goldman Sachs, JP Morgan, etc.